The beginning of April is always on a humorous note, as April Fools’ Day is celebrated all across the globe. No matter how dark the world gets, a little cheer never hurts anybody. On this day, people indulge in harmless fun and pull pranks on each other.

April Fools’ Day means something different to everyone who observes the date. For some, it’s a chance to play April Fools’ pranks on unsuspecting victims, whether that means silly and harmless tricks for all-ages fun or a more elaborate stunt for the grown folks in the crowd.

So, when you have your pranks ready, you might be looking for some April Fools quotes to go along with them, and we have you covered. Check out our list of the Top 100 funny quotes. On April Fools’ Day, showcase your wit and humor with these quotes. Using any of these quotes will get you a few likes (and a few laughs). If you are a prankster, play a harmless prank, and tease your friends. If you are not a prankster, beware of those who are.

Pick the category you are most interested in, or scroll through to find the best April Fool’s Day quote for you and your prank.

“A common mistake that people make when trying to design something completely foolproof is to underestimate the ingenuity of complete fools.” – Douglas Adams

“What a fool does in the end, the wise do in the beginning.” – Spanish Proverb

“This is the day upon which we are reminded of what we are on the other three hundred and sixty-four.” – Mark Twain 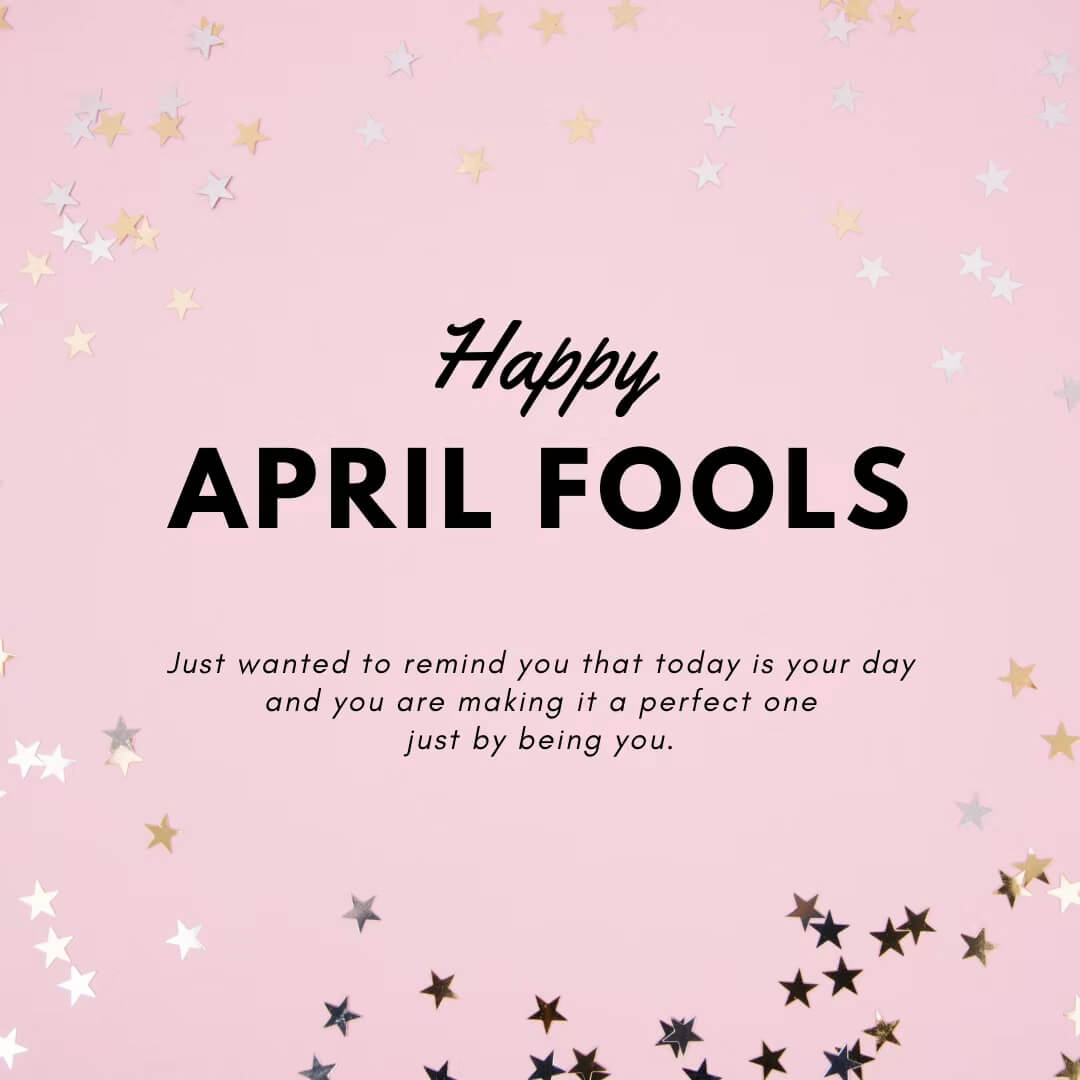 “There is no greater fool than he that says, ‘There is no God,’ unless it be the one who says he does not know whether there is one or not.” – Otto von Bismarck

“Don’t give cherries to pigs or advice to fools.” – Irish Proverb

“Men would not live long in society, were they not the mutual dupes of each other.” – François VI de la Rochefoucault (1613–1680)

“Yet still when the famed first of April returns… I dread the approach.” – Matthew Gregory Lewis 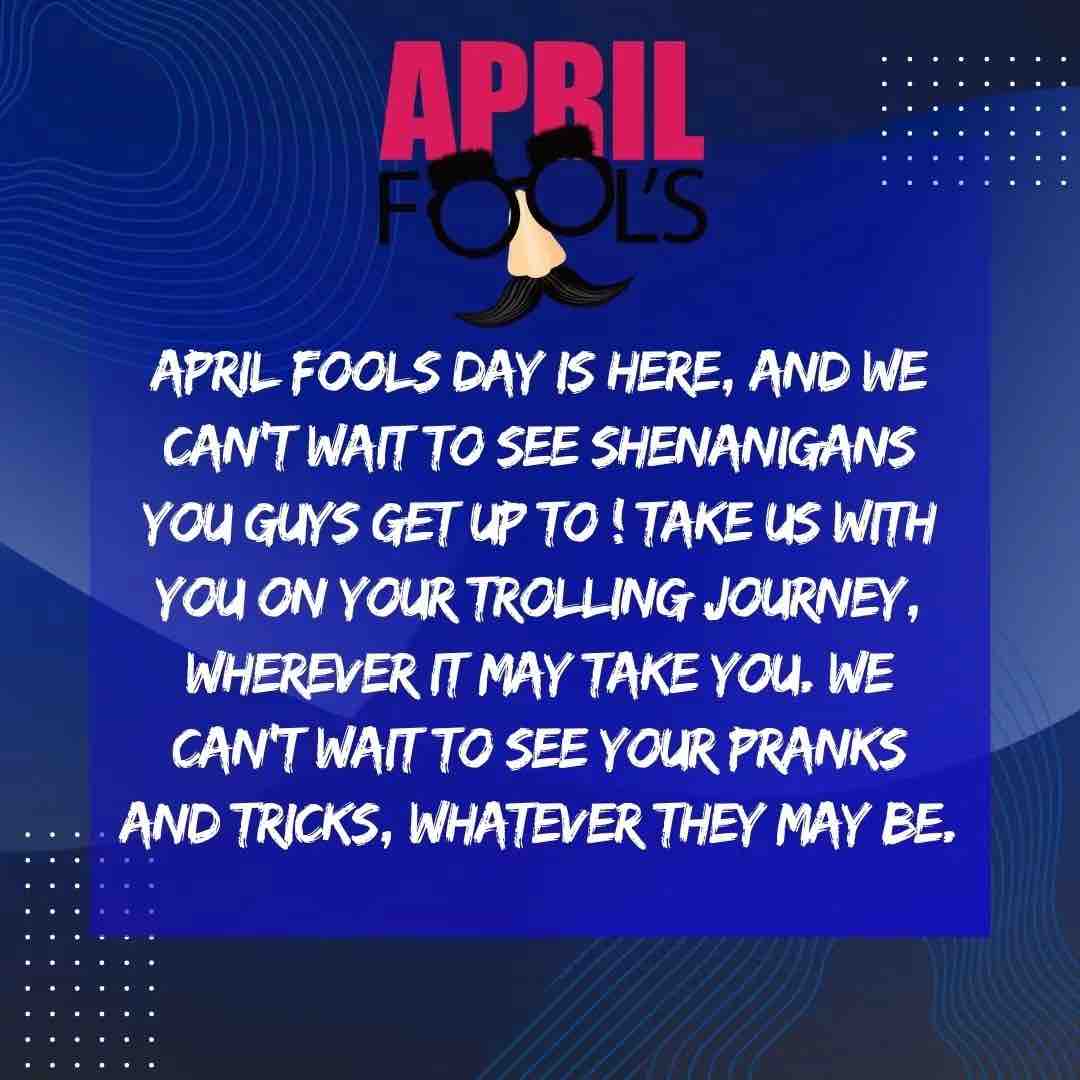 “None but a fool is always right.” – Augustus William Hare

“Art is the proper task of life.” – Friedrich Nietzsche

“A fool flatters himself, a wise man flatters the fool.” – Edward G. Bulwer-Lytton

“Every fool finds a greater one to admire them.” – Nicolas Boileau

“It is human nature to think wisely and act foolishly.” – Anatole France

“A mother takes twenty years to make a man of her boy, and another woman makes a fool of him in twenty minutes.” – Robert Frost

“The first of April is the day we remember what we are the other 364 days of the year.” – Mark Twain

“Forgive, O Lord, my little jokes on Thee, and I’ll forgive Thy great big one on me.” – Robert Frost

“If every fool wore a crown, we should all be kings.” – Welsh proverb 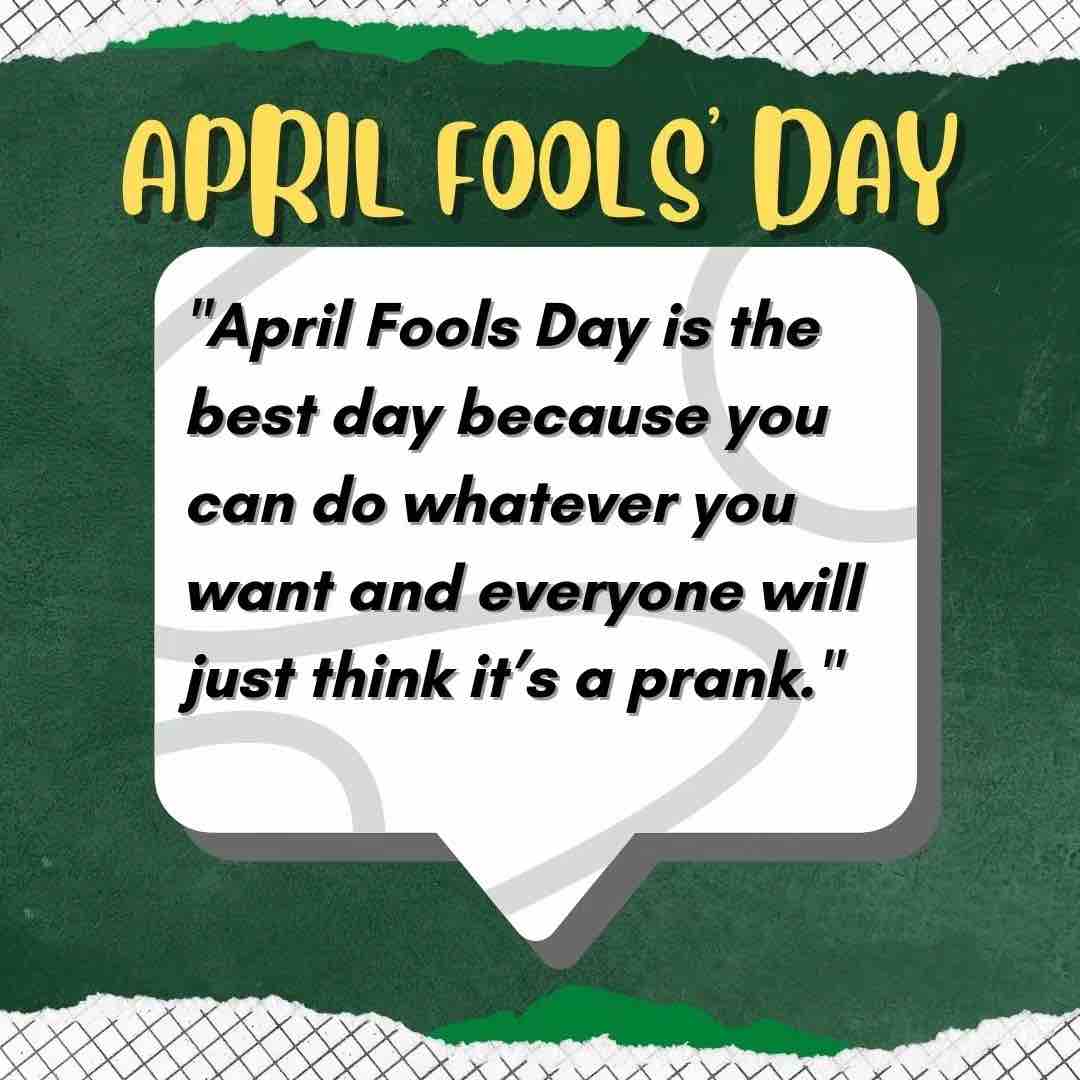 “Art is man’s expression of his joy in labor.” – Henry A. Kissinger

“The world is full of fools; and he who would not wish to see one, must not only shut himself up alone, but must also break his looking-glass.” – Nicolas Boileau

“The trouble with practical jokes is that very often they get elected.” – Will Rogers

“April 1. This is the day upon which we are reminded of what we are on the other three hundred and sixty-four.” – Mark Twain

“The fool is always beginning to live.” – Proverb

“A fellow who is always declaring he’s no fool, usually has his suspicions.”

“Only a fool knows everything. A wise man knows how little he knows.” 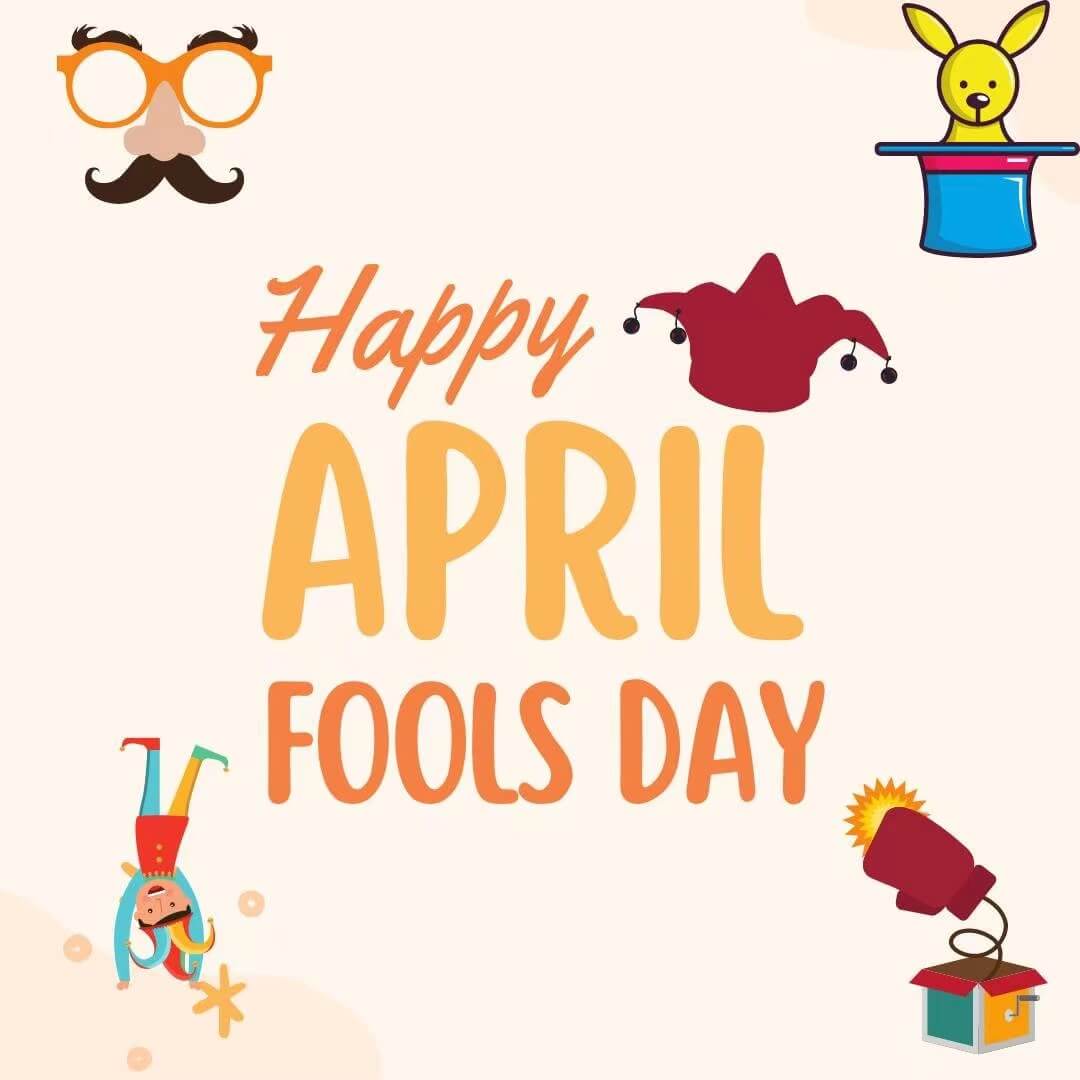 “Everything is funny, as long as it’s happening to somebody else.” – Will Rogers

“He who is born a fool is never cured.” – Proverb

“April Fools gone past, and you’re the biggest fool at last.”

“If you would avoid all fools go into a dense forest and there refrain from gazing into still pools.” – Austin O’Malley (1858–1932)

“The more pity, that fools may not speak wisely what wise men do foolishly.” – William Shakespeare

“A wise man gets more use from his enemies than a fool from his friends.” – Baltasar Gracian

“Foolproof systems to not take into account the ingenuity of fools.” – Gene Brown

“You will do foolish things, but do them with enthusiasm.” – Sidonie-Gabrielle Colette 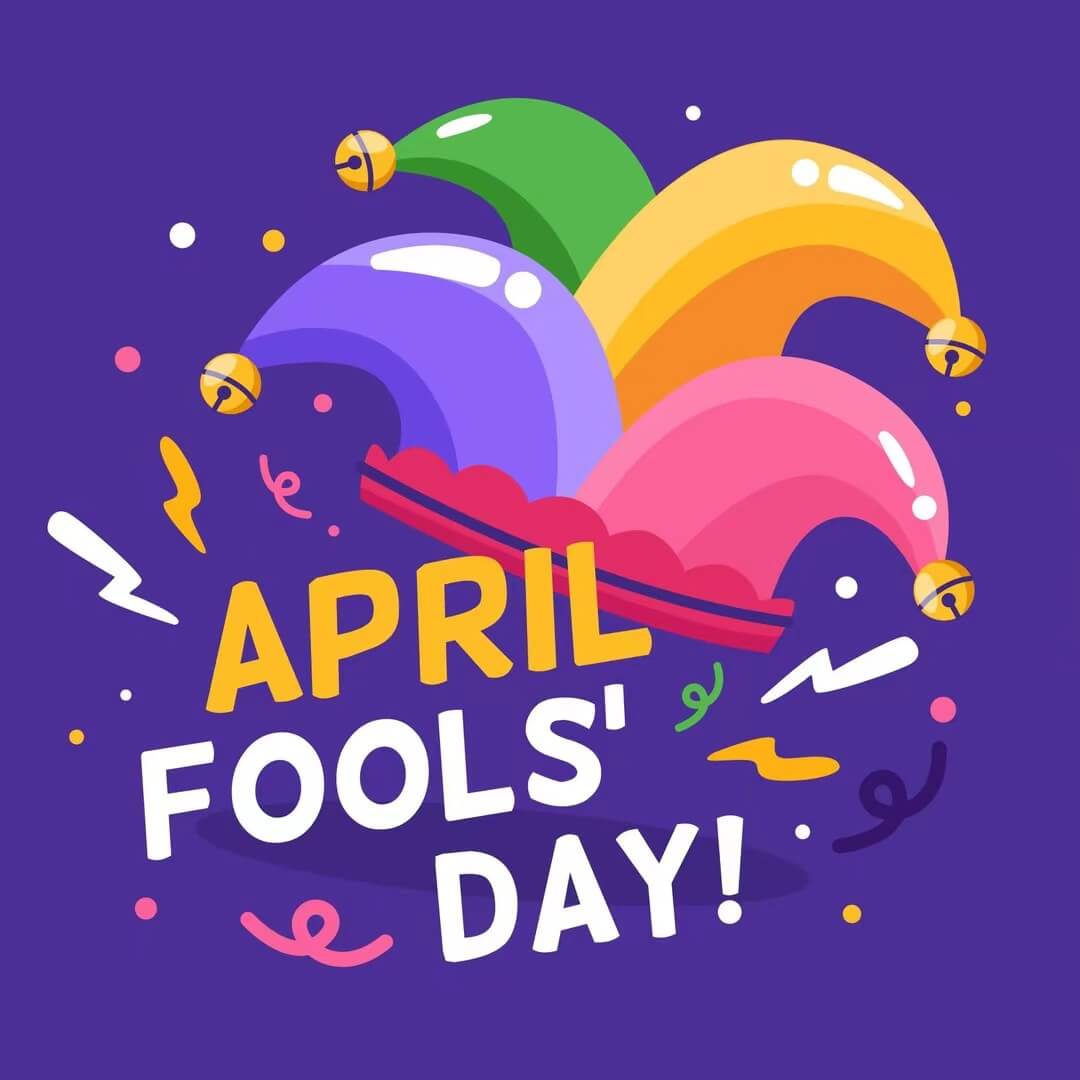 “Here cometh April again, and as far as I can see the world hath more fools in it than ever.” – Charles Lamb

“A fool sees not the same tree that a wise man sees.” – William Blake

“Real friends are those who, when you’ve made a fool of yourself, don’t feel that you’ve done a permanent job.” – Erwin T. Randall

“Lord, what fools these mortals be.” – William Shakespeare

“I sometimes wonder if the manufacturers of foolproof items keep a fool or two on their payroll to test things.” – Alan Coren

“Don’t approach a goat from the front, a horse from the back, or a fool from any side.” – Jewish Proverb

“The fool doth think he is wise, but the wise man knows himself a fool.” – William Shakespeare

“Very often, say what you will, a knave is only a fool.” – Voltaire 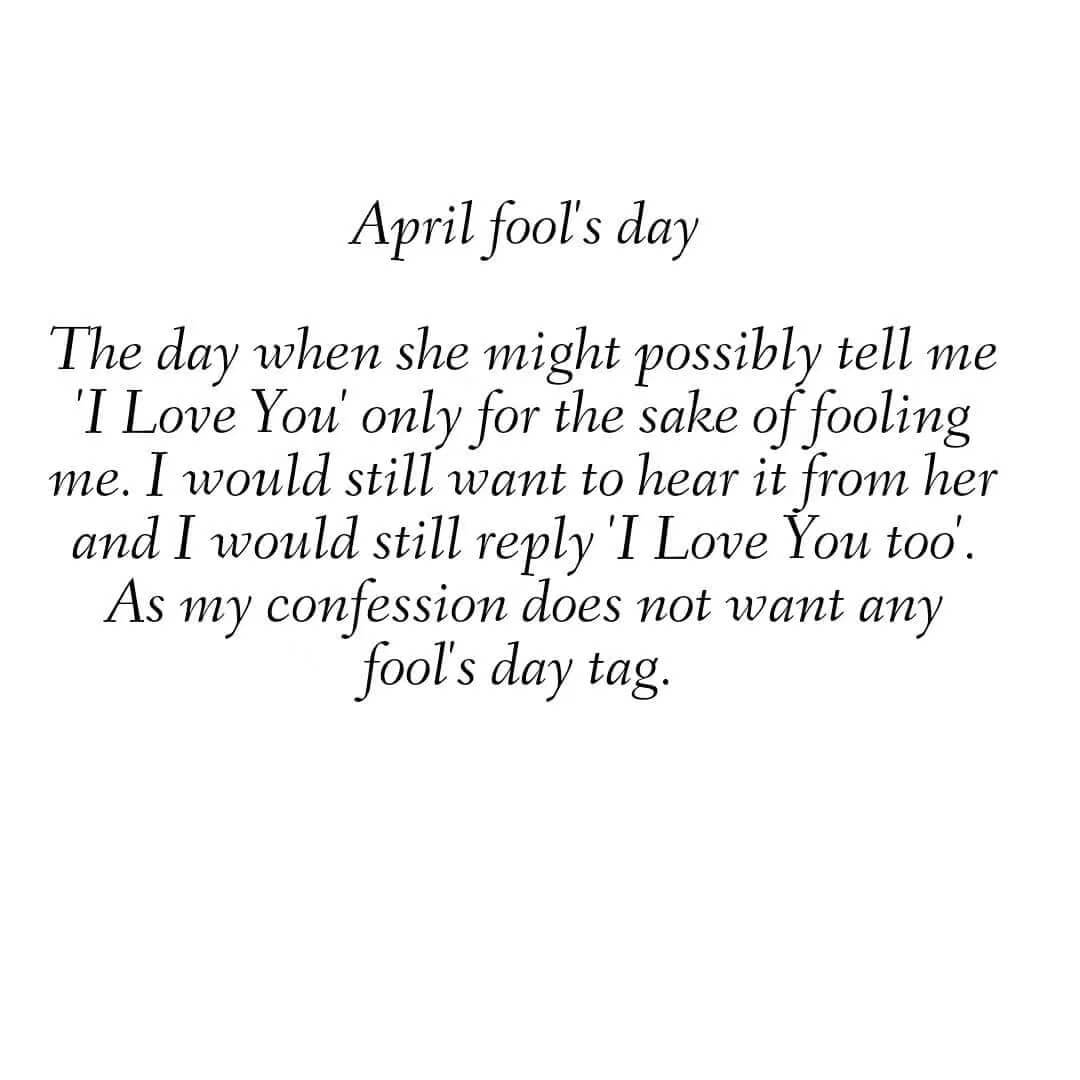 “Talk sense to a fool and he calls you foolish.” – Euripides

“April noddy’s past and gone, You’re the fool an’ I’m none.”

“Better a witty fool than a foolish wit.” – William Shakespeare

“Mix a little foolishness with your prudence: It’s good to be silly at the right moment.” – Horace

“If it thunders on All Fool’s Day, Expect good crops of corn and hay.”

“Wise men learn more from fools than fools from the wise.” – Cato the Elder

“It is better to weep with wise men than to laugh with fools.” – Spanish Proverb

“A sense of humor is the ability to understand a joke-and that the joke is oneself.” – Clifton Paul Fadiman 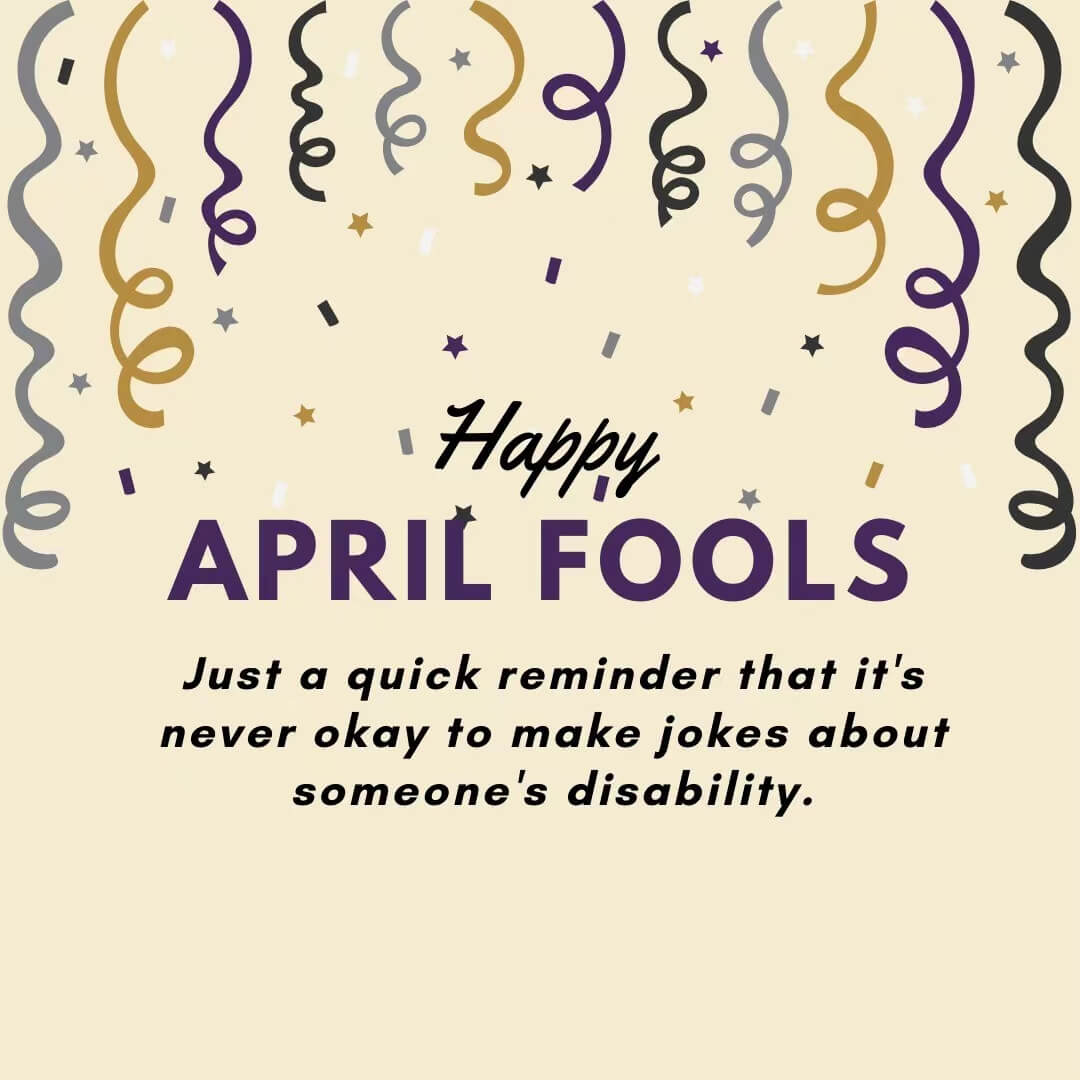 “Take all the fools out of this world and there wouldn’t be any fun living in it, or profit.” – Josh Billings

“Fortune, seeing that she could not make fools wise, has made them lucky.” – Michel de Montaigne

“Silence is the wit of fools.” – Jean la Bruyere

“The aim of a joke is not to degrade the human being, but to remind him that he is already degraded.” – George Orwell

“Suppose the world were only one of God’s jokes, would you work any the less to make it a good joke instead of a bad one.” – George Bernard Shaw

“So, rather than appear foolish afterward, I renounce seeming clever now.” – William of Baskerville

“Ah, well, I am a great and sublime fool. But then I am God’s fool, and all His work must be contemplated with respect.” – Mark Twain 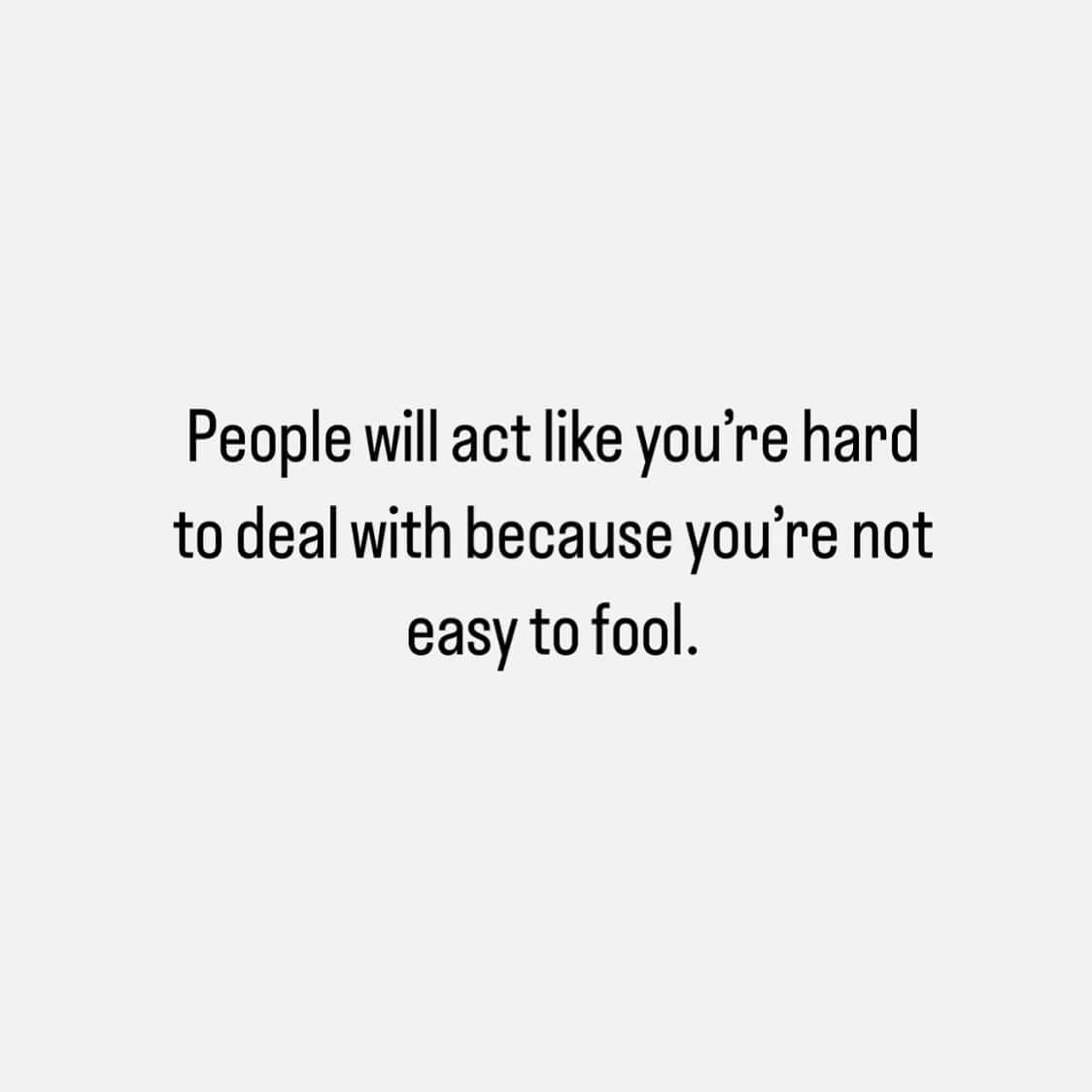 “A joke is at most a temporary rebellion against virtue, and its aim is not to degrade the human being but to remind him that he is already degraded.” – George Orwell

“Isn’t it appropriate that the month of the tax begins with April Fool’s Day and ends with cries of May Day.”

“We’re fools whether we dance or not, so we might as well dance.” – Japanese Proverb

“Men reach their sexual peak at eighteen. Women reach theirs at thirty-five. Do you get the feeling that God is playing a practical joke.” – Rita Rudner

“You can always tell a real friend: when you’ve made a fool of yourself he doesn’t feel you’ve done a permanent job.” – Laurence J. Peter

“Let us be thankful for the fools. But for them the rest of us could not succeed.” – Mark Twain

“When in doubt, make a fool of yourself.” – Cynthia Heimel

“For fools rush in where angels fear to tread.” – Alexander Pope

“Even the gods love jokes.” – Plato 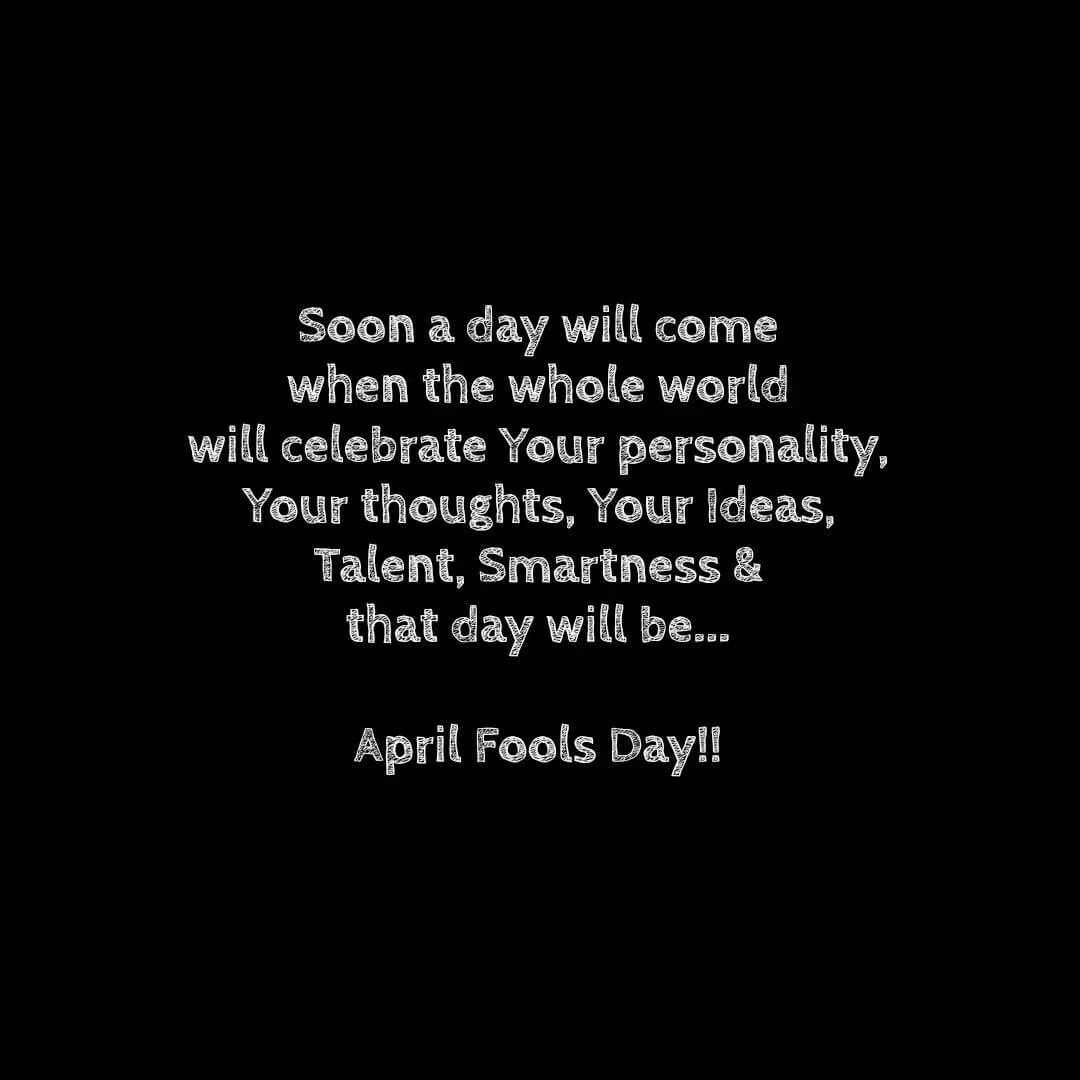 “A fool may be known by six things: anger without cause; speech without profit; change without progress; inquiry without object; putting trust in a stranger; and mistaking foes for friends.” – Arabian Proverb

“The haste of a fool is the slowest thing in the world.” – Thomas Shadwell

“A fool may have his coat embroidered with gold, but it is a fool’s coat still.” – Antoine de Rivarol

“I have great faith in fools,— self-confidence my friends will call it.” – Edgar Allan Poe

“Those who wish to appear wise among fools, among the wise seem foolish.” – Quintilian

“Wise men learn by other men’s mistakes, fools by their own.” – H. G. Bohn

“It is the ability to take a joke, not make one, that proves you have a sense of humor.” – Max Eastman

“A man always blames the woman who fools him. In the same way he blames the door he walks into in the dark.” – Henry Louis Mencken 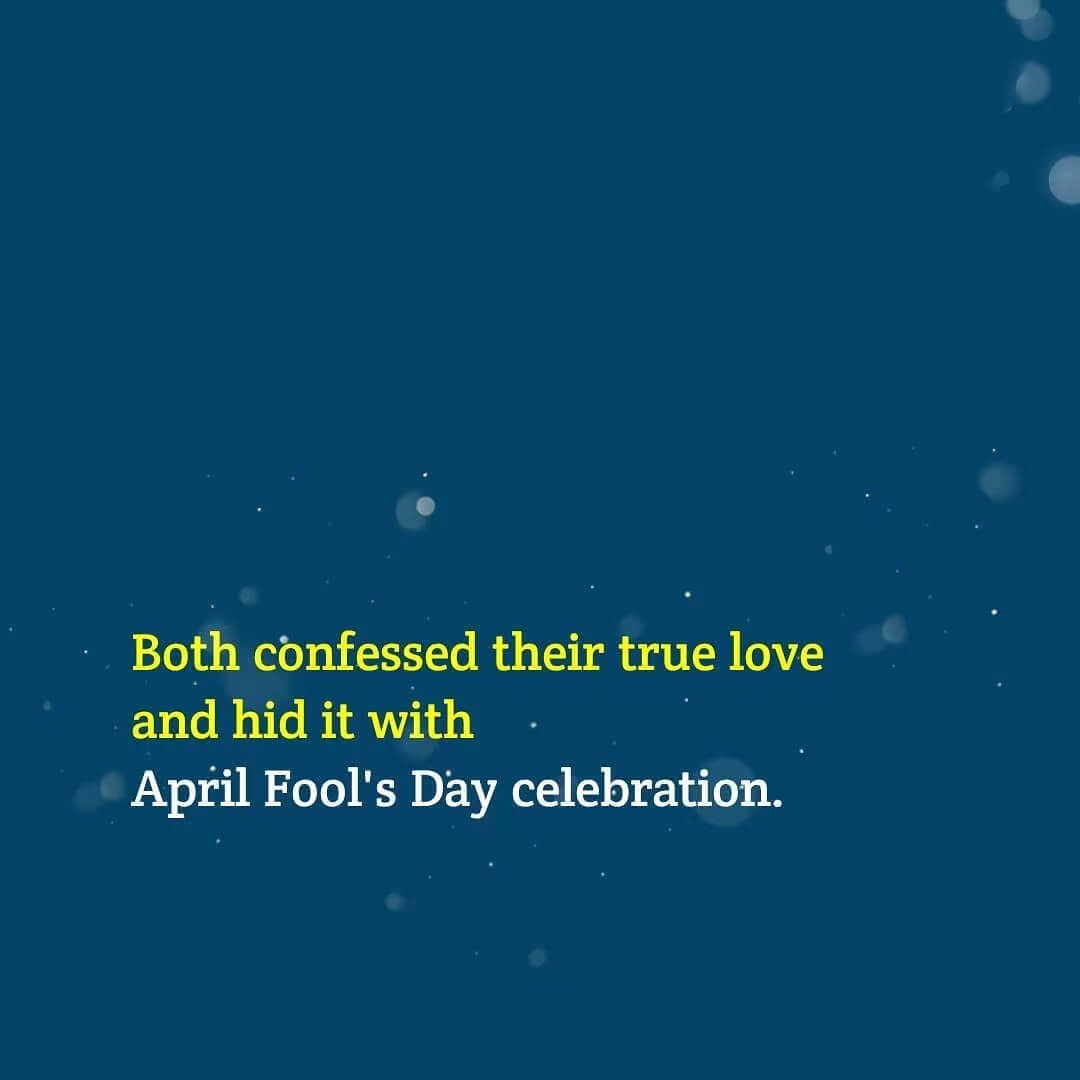 “The greatest lesson in life is to know that even fools are right sometimes.” – Winston Churchill

“The great God endows His children variously. To some He gives intellect…and they move the earth. To some He allots heart…and the beating pulse of humanity is theirs. But to some He gives only a soul, without intelligence…and these, who never grow up, but remain always His children, are God’s fools, kindly, elemental, simple, as if from his palette the Artist of all has taken one color instead of many.” – Mary Roberts Rinehart

“The maple syrup’s full of ants.
A mouse is creeping on the shelf.
Is that a spider on your back?
I ate the whole pie by myself.
The kitchen sink just overflowed.
A flash flood washed away the school.
I threw your blanket in the trash.
I never lie—I—
April Fool!” – Myra Cohn Livingston

“The first of April, some do say
Is set apart for All Fool’s Day;
But why the people call it so
Nor I, nor they themselves, do know,
But on this day are people sent
On purpose for pure merriment.” – Poor Robin’s Almanac