An intelligence quotation is any quote about opening our minds and learning more about the world around us, as these famous quotes about intelligence show. Read on for plenty of inspirational quotes about Intelligence. The goal? To inspire you and give you some perspective on what Intelligence truly is. After all, it’s more than memory and fast cognitive function. Right? Enjoy!

“Action is the real measure of intelligence.” – Napoleon Hill

“A great deal of intelligence can be invested in ignorance when the need for illusion is deep.” – Saul Bellow

“Do you not see how necessary a world of pains and troubles is to school an intelligence and make it a soul?” – John Keats

“The test of a first-fate intelligence is the ability to hold two opposed ideas in mind at the same time and still retain the ability to function. One should, for example, be able to see that things are hopeless and yet be determined to make them otherwise.” – F. Scott Fitzgerald

“Wit is so shining a quality that everybody admires it most people aim at it, all people fear it, and few love it unless in themselves.” – Lord Chesterfield

“I am so clever that sometimes I don’t understand a single word of what I am saying.” – Oscar Wilde

“Intelligence without ambition is a bird without wings.” – Walter H. Cottingham

“There is a tendency to mistake data for wisdom, just as there has always been a tendency to confuse logic with values, intelligence with insight. Unobstructed access to facts can produce unlimited good only if it is matched by the desire and ability to find out what they mean and where they lead. Facts are terrible things if left sprawling and unattended. They are too easily regarded as evaluated certainties rather than as the rawest of raw materials crying to be processed into the texture of logic.” – Norman Cousins

“Science knows no country, because knowledge belongs to humanity, and is the torch which illuminates the world. Science is the highest personification of the nation because that nation will remain the first which carries the furthest the works of thought and intelligence.” – Louis Pasteur “He had just about enough intelligence to open his mouth when he wanted to eat, but certainly no more.” – P.G. Wodehouse

“You might be poor, your shoes might be broken, but your mind is a palace.” – Frank McCourt

“The intelligence of that creature known as a crowd is the square root of the number of people in it.” – Terry Pratchett

“Crazy people are considered mad by the rest of the society only because their intelligence isn’t understood.” – Wei Hui

“A woman uses her intelligence to find reasons to support her intuition.” – Gilbert K. Chesterton

“Whatever the cost of our libraries, the price is cheap compared to that of an ignorant nation.” – Walter Cronkite

“Love is the triumph of imagination over intelligence.” – Henry Louis Mencken

“Lack of intelligence is the greatest poverty.” – Arabic Wisdom

“Intelligence is the ability to adapt to change.” – Stephen Hawking

“There are only two races on this planet – the intelligent and the stupid.” – John Fowles

“Access to secret intelligence is one of the more potent aphrodisiacs of power.” – David Stafford

“An intelligence test sometimes shows a man how smart he would have been not to have taken it.” – Laurence J. Peter

“Intelligence is nothing without delight.” – Paul Claudel

“Man has made use of his intelligence, he invented stupidity.” – Remy de Gourmont

“Better a witty fool than a foolish wit.” – William Shakespeare

“The pendulum of the mind oscillates between sense and nonsense, not between right and wrong.” – Carl Gustav Jung

“To educate the intelligence is to expand the horizon of its wants and desires.” – James Russell Lowell 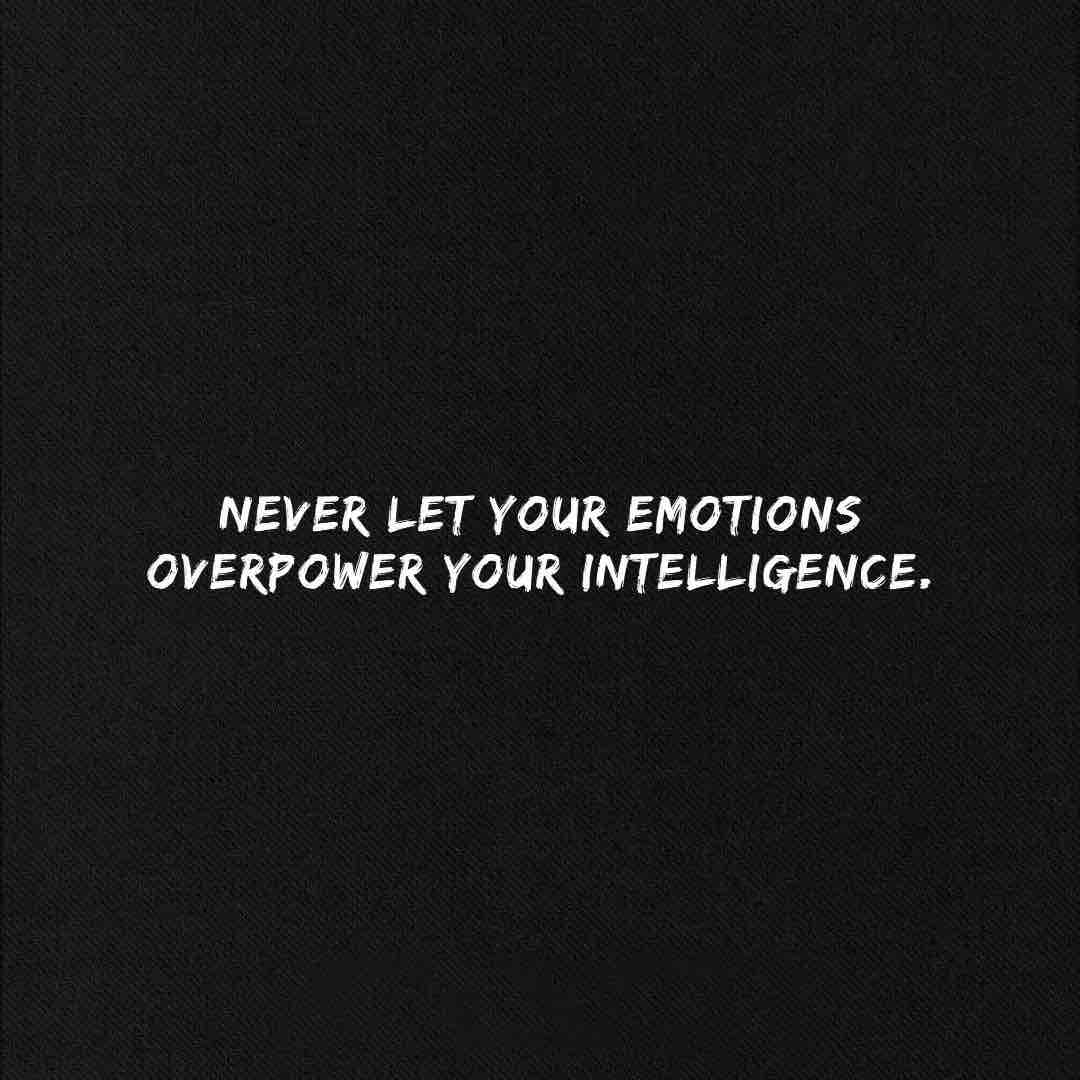 “What a distressing contrast there is between the radiant intelligence of the child and the feeble mentality of the average adult.” – Sigmund Freud

“There are no great limits to growth because there are no limits of human intelligence, imagination, and wonder.” – Ronald Reagan

“Continuous effort – not strength or intelligence – is the key to unlocking our potential.” – Winston Churchill

“Lack of will power has caused more failure than lack of intelligence or ability.” – Flower A. Newhouse

“Intelligence plus experience creates ideas, and experimentation with that form of chemistry-the contact of ideas with events-is the field of adult education.” – Felix Morley

“Do not fight verbosity with words: speech is given to all, intelligence to few.” – Moralia

“A good head and good heart are always a formidable combination. But when you add to that a literate tongue or pen, then you have something very special.” – Nelson Mandela

“Your assumptions are your windows on the world. Scrub them off every once in a while, or the light won’t come in.” – Isaac Asimov

“If we encounter a man of rare intellect, we should ask him what books he reads.” – Ralph Waldo Emerson

“There is nothing wrong with America that faith, love of freedom, intelligence, and energy of her citizens cannot cure.” – Dwight D. Eisenhower 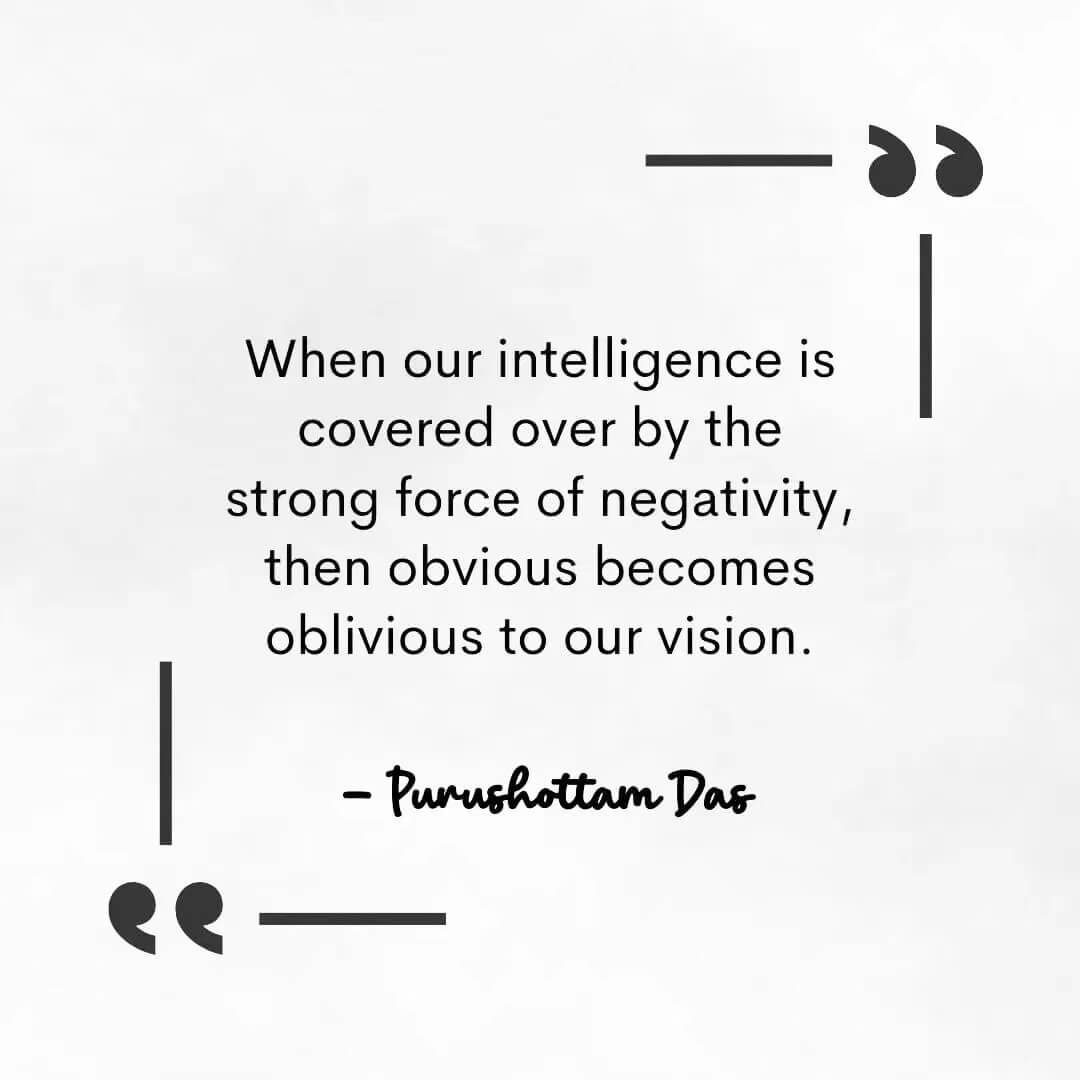 “The trouble with people like Tony Blair is they get confused, they think intelligence is education when they’re two different things.” – David Bailey

“What counts in any system is the intelligence, self-control, conscience and energy of the individual.” – Cyrus Eaton 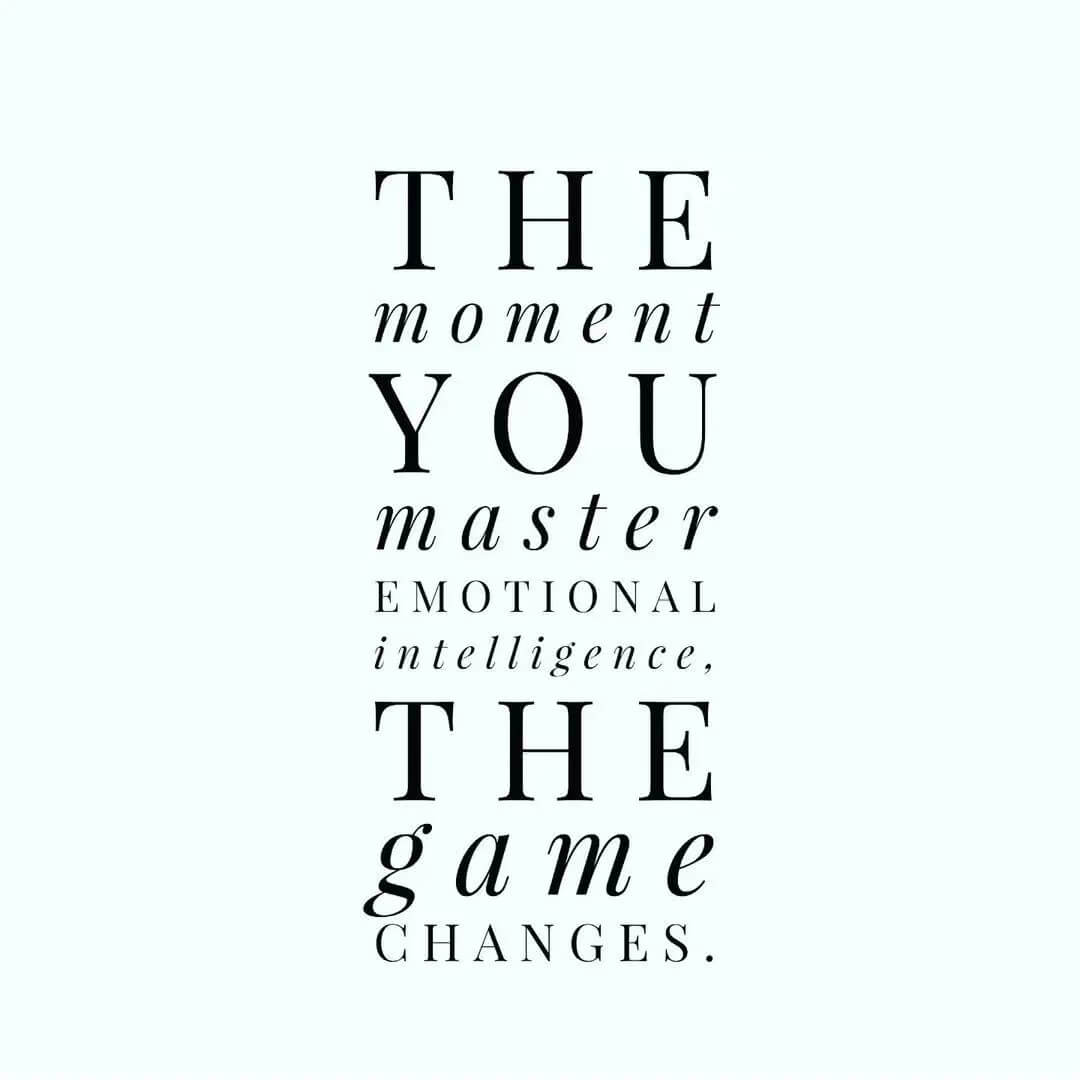 “…no man of genuinely superior intelligence has ever been an actor. Even supposing a young man of appreciable mental powers to be lured upon the stage, as philosophers are occasionally lured into bordellos, his mind would be inevitably and almost immediately destroyed by the gaudy nonsense issuing from his mouth every night.” – H. L. Mencken

“There are painters who transform the sun to a yellow spot, but there are others who with the help of their art and their intelligence, transform a yellow spot into sun.” – Pablo Picasso “Expect only 5% of an intelligence report to be accurate. The trick of a good commander is to isolate the 5%.” – Douglas MacArthur

“Over the course of two years, we arrived at a point where we began to look at the value added by making information more easily accessible across the intelligence community, both defense and national.” – Stephen Cambone

“Military intelligence is a contradiction in terms.” – Groucho Marx

“Intelligence is the effort to do the best you can at your particular job; the quality that gives dignity to that job, whether it happens to be scrubbing a floor or running a corporation.” – James C. Penney

“An intelligence service is, in fact, a stupidity service.” – E.B. White

“I not only use all the brains that I have, but all I can borrow.” – Woodrow Wilson

“The ability to observe without evaluating is the highest form of intelligence.” – J. Krishnamurti

“Advertising may be described as the science of arresting human intelligence long enough to get money from it.” – Stephen Leacock

“Chess is as elaborate a waste of human intelligence as you can find outside an advertising agency.” – Raymond Chandler 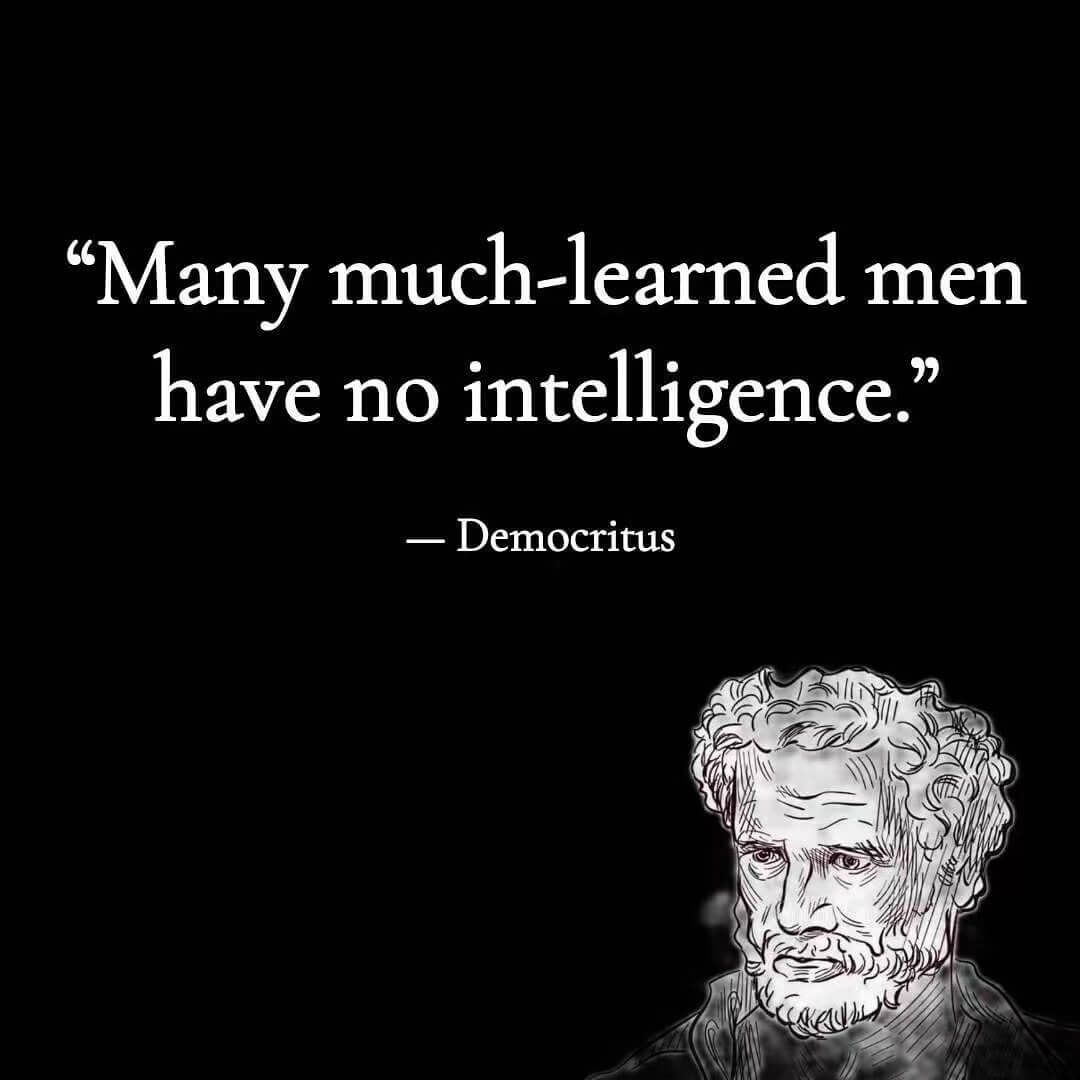 “I don’t know what good it is to know so much and be smart as whips and all if it doesn’t make you happy.” – J.D. Salinger

“Intelligence is in the head, not in the age.” – Azerbaijani Wisdom

“I did then what I knew how to do. Now that I know better, I do better.” – Maya Angelou

“Intelligence is quickness in seeing things as they are.” – George Santayana

“It is one thing to be clever and another to be wise.” – George R.R. Martin

“Education is no substitute for intelligence.” – Frank Herbert

“It is not that I’m so smart. But I stay with the questions much longer.” – Albert Einstein

“Only the curious will learn and only the resolute overcome the obstacles to learning. The quest quotient has always excited me more than the intelligence quotient.” – Eugene S. Wilson

“It takes something more than intelligence to act intelligently.” – Fyodor Dostoyevsky

“If you would take, you must first give, this is the beginning of intelligence.” – Lao Tzu

“The measure of intelligence is the ability to change.” – Albert Einstein

“A thinker sees his own actions as experiments and questions–as attempts to find out something. Success and failure are for him answers above all.” – Friedrich Nietzsche 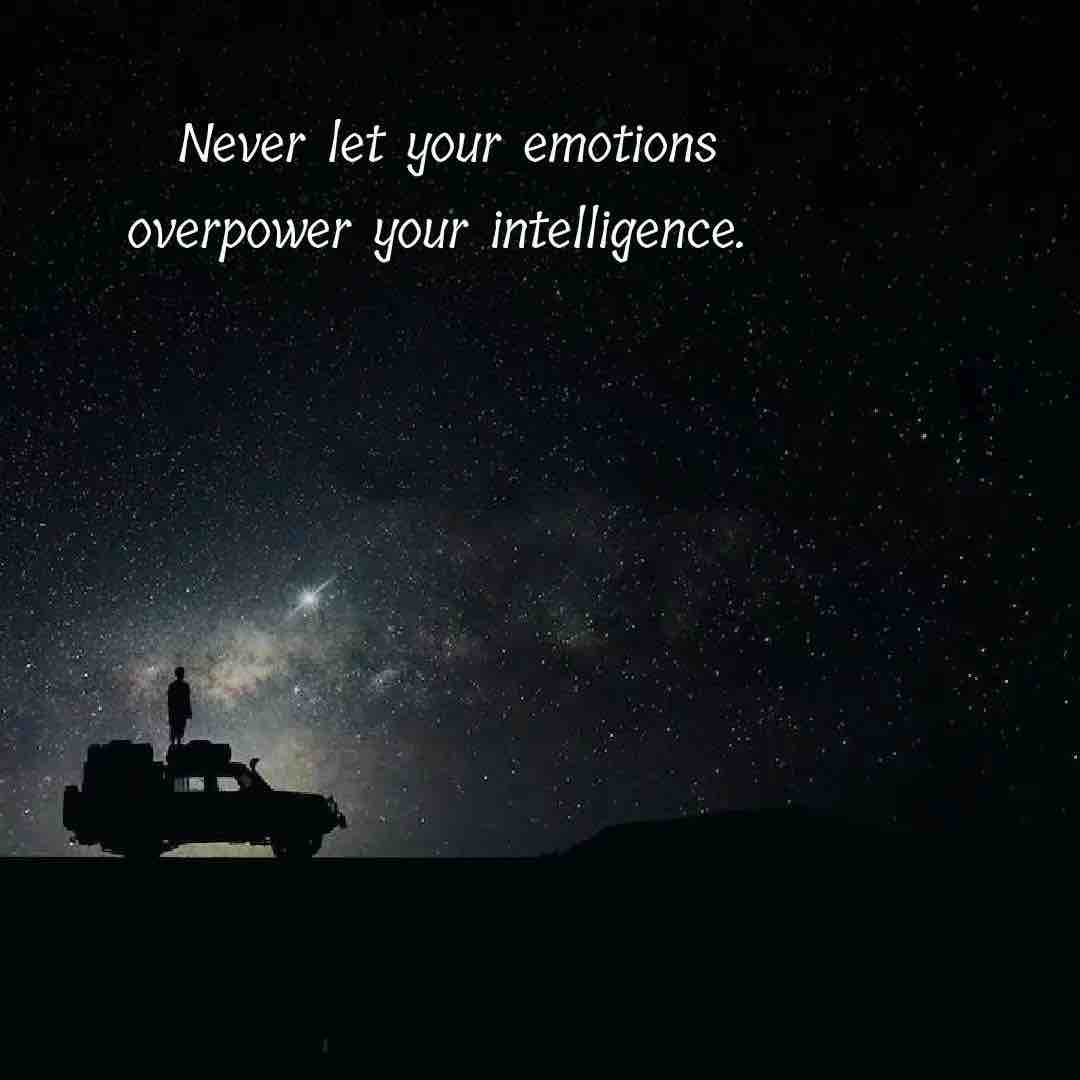 “Over the past ten years, for the first time, intelligence had become socially correct for girls.” – Bonfire of the VanitiesTom Wolfe

“Neither a lofty degree of intelligence nor imagination nor both together go to the making of genius. Love, love, love, that is the soul of genius.” – Wolfgang Amadeus Mozart 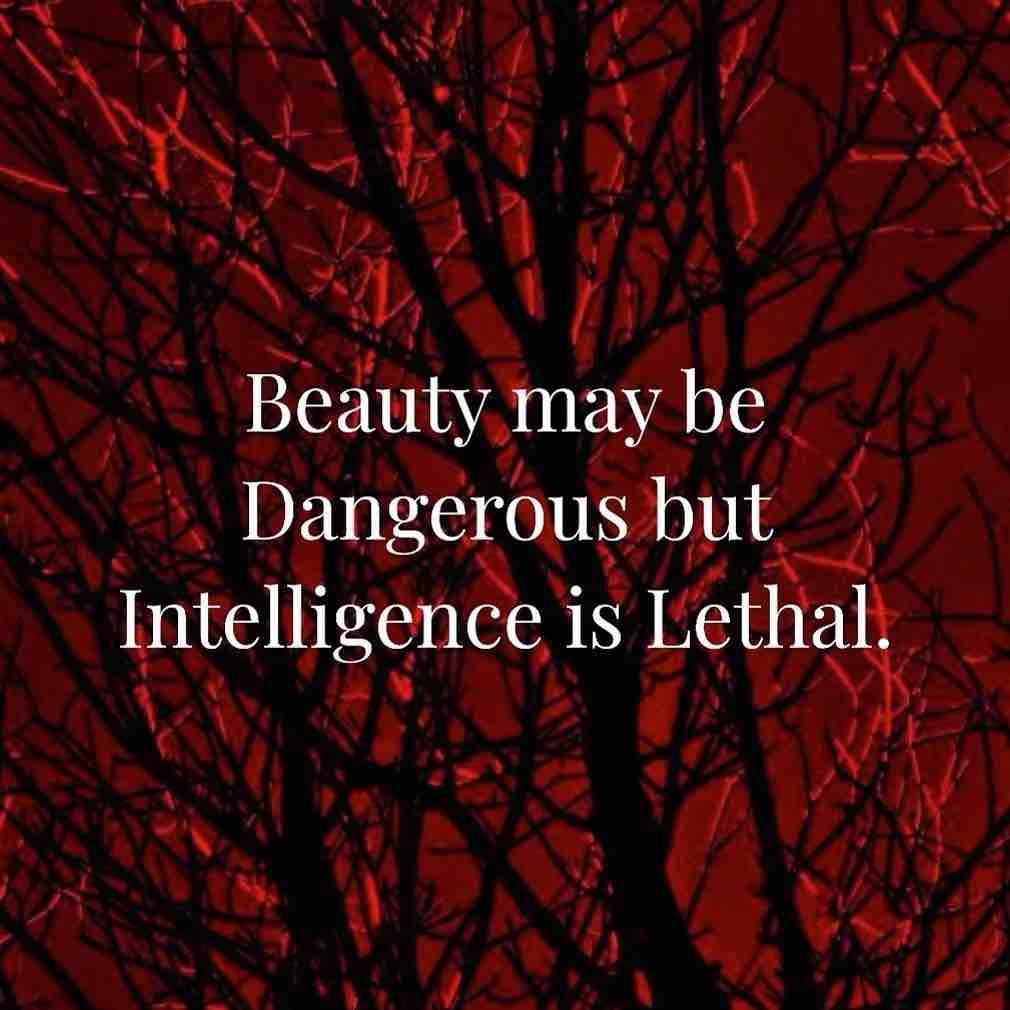