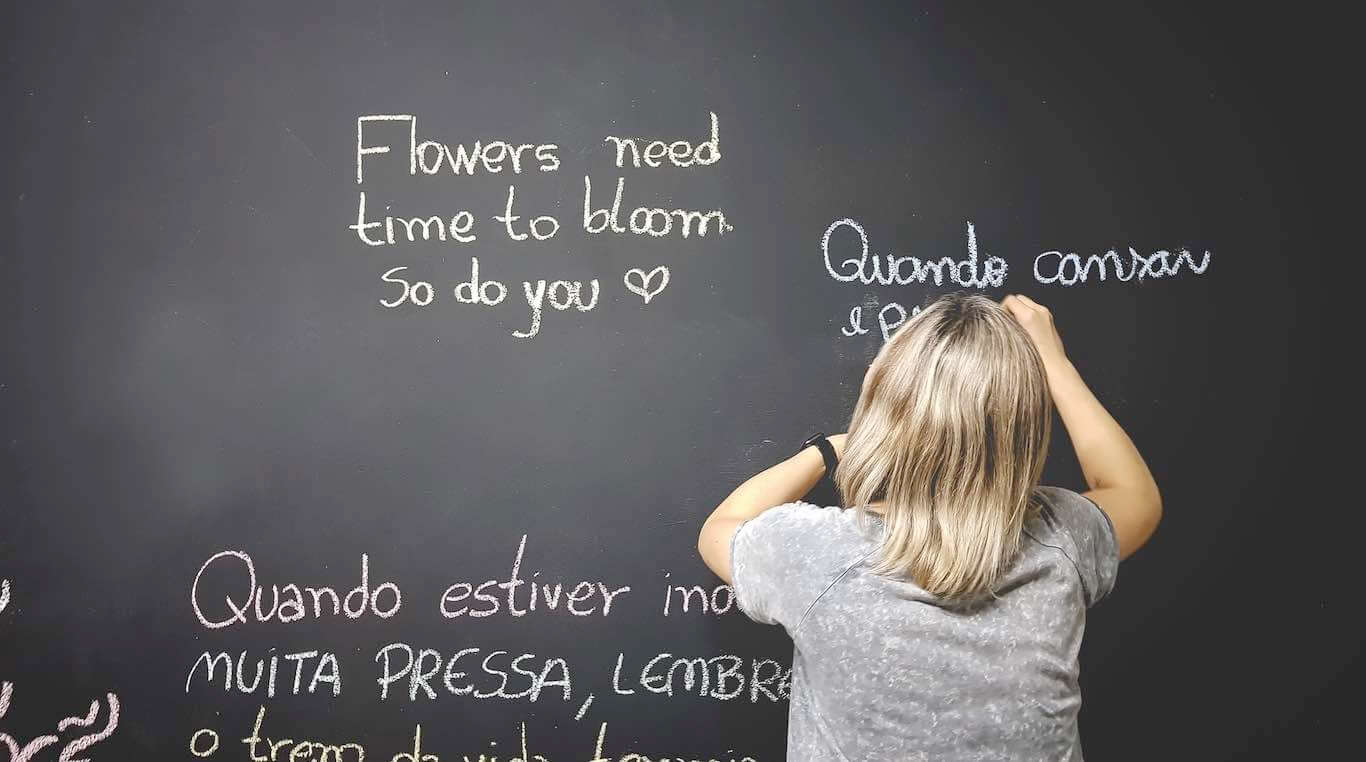 “With languages, you are at home anywhere.” – Edward De Waal

“What we learn with pleasure we never forget.” – Alfredy Mercier

“Listen earnestly to anything your children want to tell you, no matter what. If you don’t listen eagerly to the little stuff when they are little, they won’t tell you the big stuff when they are big, because to them all of it has always been big stuff.” – Catherine M. Wallace

“Learning is most successful when it involves only a limited amount of stress, when students are relaxed and confident and enjoying their learning; but the use of correction encourages exactly the opposite condition.” – John Truscott

“Learning is a treasure that will follow its owner everywhere.” – Chinese Proverb

“Learning another language is like becoming another person.” – Haruki Murakami

“Language is to the mind more than light is to the eye.” – William Gibson

“Language is the road map of a culture. It tells you where its people come from and where they are going.” – Rita Mae Brown

“Language is the blood of the soul into which thoughts run and out of which they grow.” – Oliver Wendell Holmes

“You live a new life for every language you speak. If you know only one language, you live only once.” – Czech proverb

“You can’t make your child speak a language. However, you can set the stage so they will want to speak it.” – The Bilingual Edge

“You can never understand one language until you understand at least two.” – Geoffrey Willans

“We should learn languages because language is the only thing worth knowing even poorly.” – Kató Lomb

“We learn grammar from language, not language from grammar.” – Kato Lamb

“We are designed to walk… That we are taught to walk is impossible. And pretty much the same is true of language. Nobody is taught language. In fact, you can’t prevent the child from learning it.” – Noam Chomsky

“To learn a new language is, therefore, always a sort of spiritual adventure; it is like a journey of discovery in which we find a new world.” – Ernst Cassirer

“To learn a language is to have one more window from which to look at the world.” – Chinese Proverb

“Learning a new language is becoming a member of the club – the community of speakers of that language.” – Frank Smith

“Learn a new language and get a new soul.” – Czech Proverb

“Does you know what a foreign accent is? It’s a sign of bravery.” – Amy Chua

“Change your language and you change your thoughts.” – Karl Albrecht

“Bilingualism is an incredible gift to give to a child. It goes beyond just learning another language. It broadens mental development, thought patterns, and world perspective.”

“Any time you think some other language is strange, remember that yours is just as strange, you’re just used to it.”

“A special kind of beauty exists which is born in language, of language, and for language.” – Gaston Bachelard

“A new language is a new life.” – Persian proverb

“A mistake is to commit a misunderstanding.” – Bob Dylan

“A language is an exact reflection of the character and growth of its speakers.” – Cesar Chavez

“A different language is a different vision of life.” – Federico Fellini

“Language acquisition proceeds best when the input is not just comprehensible, but really interesting, even compelling; so interesting that you forget you are listening to or reading another language.” – Stephen Krashen

“Knowledge of languages is the doorway to wisdom.” – Roger Bacon

“It’s not what we do once in a while that shapes our lives. It’s what we do consistently.” – Anthony Robbins

“It is not at all the case that the more linguistically simple an item is, the earlier it is acquired. Some very “simple” rules may be among the last to be acquired.” – Stephen Krashen

“It is astonishing how much enjoyment one can get out of a language that one understands imperfectly.” – Basil Gildersleeve

“If you’re trying to persuade people to do something, or buy something, it seems to me you should use their language, the language in which they think.” – David Ogilvy

“Language is wine upon the lips.” – Virginia Woolf

“Language shapes the way we think, and determines what we can think about.” – Benjamin Lee Whorf

“Language is not a genetic gift, it is a social gift. Learning a new language is becoming a member of the club – the community of speakers of that language.” – Frank Smith

“Language is a city to the building of which every human being brought a stone.” – Ralph Waldo Emerson

“Language exerts hidden power, like a moon on the tides.” – Rita Mae Brown

“The fact that all normal children acquire essentially comparable grammars of great complexity with remarkable rapidity suggests that human beings are somehow specially designed to do this, with data-handling or ‘hypothesis-formulating’ ability of unknown character and complexity.” – Noam Chomsky

“The conquest of learning is achieved through the knowledge of languages.” – Roger Bacon

“The best thing to spend on your children is your time.” – Louise Hart

“The art of communication is the language of leadership.” – James Humes

“Talk to your baby. Get used to speaking to your baby about everything that you are doing.” – Rita Rosenback

“Speak a new language so that the world will be a new world.” – Rumi

“Silence is the language of god, all else is poor translation.” – Jalaluddin Rumi

“Own only what you can always carry with you: know languages, know countries, know people. Let your memory be your travel bag.” – Aleksandr Solzhenitsyn

“To have another language is to possess a second soul.” – Charlemagne

“Thought flows in terms of stories–stories about events, stories about people, and stories about intentions and achievements. The best teachers are the best story tellers. We learn in the form of stories.” – Frank Martin

“There are hundreds of languages in the world, but a smile speaks them all.”

“The most intimate temper of a people, its deepest soul, is above all in its language.” – Jules Michelet

“The more you speak more languages, the more you understand about yourself.” – Sandra Cisneros

“The more languages you know, the more you are human.”

“Our patience will achieve more than our force.” – Edmund Burke

“One should not aim at being possible to understand but at being impossible to misunderstand.” – Marcus Fabius Quintilian

“One of the benefits of being bicultural is simply the awareness that how you live is not the only way.” – Ann Campanella

“One language sets you in a corridor for life. Two languages open every door along the way.” – Frank Smith

“He who knows no foreign languages knows nothing of his own.” – Johann Wolfgang von Goethe

“French is the language that turns dirt into romance.” – Stephen King

“Everything you say to your child is absorbed, catalogued and remembered.” – Maria Montessori

“Everybody smiles in the same language.” – George Carlin

“Each day of our lives we make deposits in the memory banks of our children.” – Charles R. Swindoll